A decade of innovation – the LEAF’s incredible journey | Nissan Nepal

A decade of innovation – the LEAF’s incredible journey

A decade of innovation – the LEAF’s incredible journey 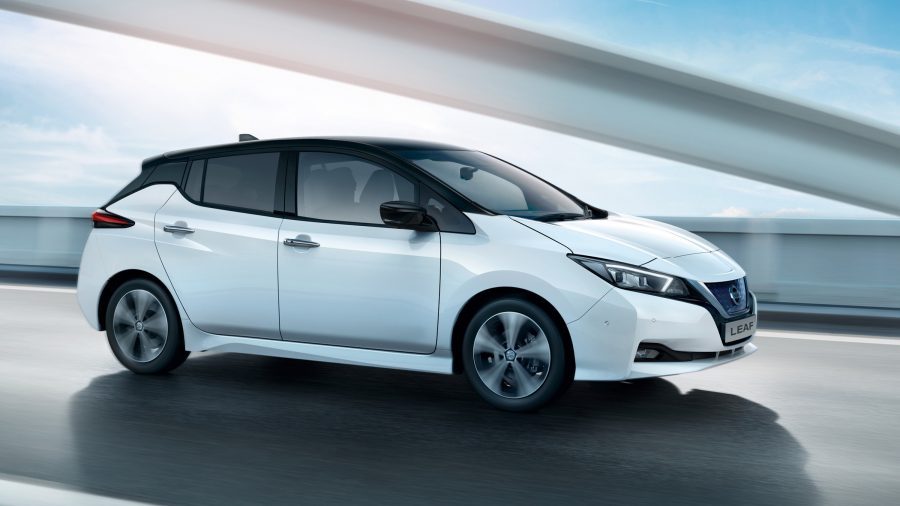 Small in size but big on innovation, the Nissan LEAF laid the foundations of modern day electric vehicles. By reimagining the very idea of what a car is, the LEAF is helping customers, cities and governments to create a more sustainable future. It’s doing this by going beyond mobility and exploring new ways for electric vehicles to plug into everyday life.

The LEAF’s battery technology is helping power homes and businesses, while broader Nissan EV innovation is at the heart of vehicle-to-grid energy management services. LEAFs are also helping out during disasters

It’s been quite the journey, with many milestones. Here are some key ones:

Nissan's vision was to tackle urbanization and industrial development by building a car that emits no carbon dioxide but is still loads of fun to drive. The first-generation LEAF had powerful acceleration and handling, delivering smooth driving performance. Unique features allowed drivers to use their cellphones to check the car's battery level or manage air conditioning remotely. A 24 kilowatt-hour lithium-ion battery powered the first model. Fully charged, it had a range of 200 kilometers.

Nissan worked with governments, municipalities and electric power companies to promote electric vehicles and develop an extensive charging infrastructure. When the LEAF was first arrived Japan had about 200 CHAdeMO1-standard quick chargers. Today, there are more than 30,000 of these chargers around the world.

2012: Game changer: A car that powers your home

Two years after introducing the LEAF, Nissan became the first company in the world to unveil a system that lets customers share power between their homes and cars. With Vehicle-to-Home (V2H) system, LEAF owners could store energy in their car battery and feed it back to their homes whenever they wanted. They could charge the car's battery when demand and rates were low and use it around the house during peak times.

At the same time, the LEAF began to make a difference during natural disasters that interrupt electricity supplies. It served as an emergency power supply on wheels, which could also store energy where needed. On the Hawaiian island of Maui, the LEAF took part in a smart grid project, helping stabilize the power network.

Improvements to the electric powertrain, gave the LEAF more power and extended its range to 228 km. This gave drivers extra peace of mind as they planned how and when to charge their batteries. More range didn't mean bigger components. In fact, the new electric powertrain was smaller. The volume was reduced by 30% and mass by 10%. Reduced power consumption also enabled new perks, like heated seats and steering wheel.

Battery improvements began to accelerate. The LEAF got a 30 kWh battery and a range of 280 km, all without compromising cabin space or charging time. Even with the added capacity, the new battery could be charged to 80% in the same time it took to charge its predecessor.

It was time to make history again. The second-generation LEAF introduced unprecedented technologies that boosted enjoyment, convenience and efficiency. These included the e-Pedal for one-pedal driving and ProPILOT advanced driver assistance. A new electric powertrain increased power output by 38% to 110 kW and torque by 26% to 320 Nm, providing an exhilarating driving experience. The new lithium-ion battery was no bigger than those that came before, yet had 67% more energy density than the 2010 model and offered a range of 400 km.

In 2017, the LEAF headlined Nissan's first car-sharing service in Japan, called e-share mobi. This allowed everyone to experience Nissan's latest EV and its driver assistance technologies. By early the following year, 300,000 LEAFs were on the roads worldwide.

Thank You for Downloading Brochure.